Goldrush novel will be presented at the Calgary Gem & Mineral Show

Goldrush novel will be presented at the Calgary Gem & Mineral Show

Keith Powell – the author of historical novel about riches goldrush in Canadian Rockies – will present his book at the Calgary Gem & Minerals Show. There will be a rare opportunity to get this exciting adventurous book signed by author. 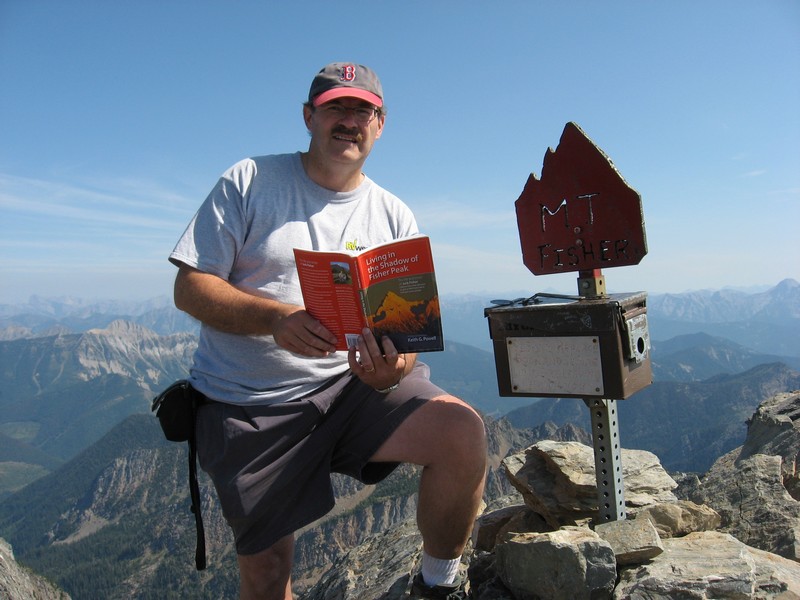 Gold rushes have played an important and significant role in the development of modern-day British Columbia. Much is known about the Fraser River and Cariboo gold rushes, but the Wild Horse Creek gold rush in the East Kootenay, and the Big Bend “rush” north of Golden in many ways are the “forgotten” gold rushes of the west .

Buried in the Conrad Memorial Cemetery in Kalispell, Montana, pioneer and prospector Jack Fisher has long been forgotten too. That is until now because a new historical novel Living in the Shadow of Fisher Peak, by Keith G. Powell , explores the Kootenay gold rush of 1864 which spurred the extension of the Dewdney Trail beyond Hope through the West Kootenay to the banks of Wild Horse Creek near Fort Steele. Eventually as the gold started to peter out on the Wild Horse the prospector’s and miners headed north to Golden City, in another brief frency of “gold fever.”

The book, Living in the Shadow of Fisher Peak, which has proven to be a Kootenay bestseller, tells the true-to-life life story of Jack Fisher who was one of the West’s most colourful (and long forgotten) characters. The story of his adventurous life is captured and brought to life in this historical novel. The book is 176 pages and contains over twenty historical photos.

“This engaging historical novel was written by local publisher and author Keith Powell. It tells a story of the riveting adventures had by Jack Fisher, the prospector for whom Fisher Peak was named. In his quest for gold, 16-year-old Fisher (originally from Philadelphia) set off across the Midwest to improve his quality of life and find wealth in California. His tireless drive to emerge from a life of poverty led him eventually to Wild Horse Creek in Kootenay country, attesting to the motivation and courage of this young man. Readers will empathize with the ups and downs endured throughout Fisher’s extensive trek, where his triumphant success later took a tragic turn for the worse. In reading a novel such as this, one gets a sense of the hardships endured in the 1800s by those who were struck with “gold fever,” and refused to give up on their dreams. It is a truly inspiring read, and it’s clear that there was significant historical research put into its creation. The tale is woven in an entertaining manner, one which any reader can relate to and enjoy.”

About the Author: Alex